If God Knows Everything, Why Do We Pray?5 min read

It’s an important question, and one that plagues many people. When left unanswered, this question can sometimes develop into a doubt that stifles prayer. So, it’s important that we take the time to consider it.

The Problem With the Question

When Jesus taught his disciples how to pray, he said these words: “And when you pray, do not babble on like pagans, for they think that by their many words they will be heard. Do not be like them, for your Father knows what you need before you ask Him” (Matt. 6:7-8).

The issue with this question is that it is ultimately based on a mistaken assumption about what prayer is. It assumes that prayer is a means for us to provide God with new information, or that it is a way of twisting God’s arm into doing something he hadn’t planned to do. This was the view held by the pagans Jesus described. They thought that if they prayed long and hard enough, and that if they used a lot of words, then they would convince God to hear them and do what they wanted him to. This presupposes that God needs us to tell him what our problems are in order to act on them, and that is the problem.

According to Jesus, God doesn’t need us to tell him our desires. He already knows them. Furthermore, we don’t have to convince God to listen to us. He already is. Jesus describes God as a loving Father who knows what his children want and need before they even ask him. According to Jesus, the fact that God knows all things shouldn’t cause us to question the effectiveness of prayer, it should empower our prayer. Jesus used the fact that God already knows our needs to encourage us to pray. The thing that confuses so many people about the purpose of prayer is the very thing that our Lord placed at the foundation of it!

Why would that be? Well, let’s think about it. The God of the universe, the King who rules over untold galaxies, is the one to whom we are to share our needs. The prospect of communicating with such a being would be inevitably intimidating for any rational, thinking person. Why would such a God care about the needs of us lowly humans? The answer Jesus gives us is that God is not only a righteous and holy King, but also our loving Father. The first line of the “model prayer,” as it is often called, addresses God as our holy Father, a concept which captures both the majesty and transcendence of God as well as the individual and personal nature of our relationship with him.

Elsewhere, Jesus describes prayer in this way: “For everyone who asks receives, and the one who seeks finds, and to the one who knocks it will be opened. Or which one of you, if his son asks him for bread, will give him a stone? Or if he asks for a fish, will give him a serpent? If you then, who are evil, know how to give good gifts to your children, how much more will your Father who is in heaven give good things to those who ask him!” (Matt. 7:8-11).

The act of prayer itself is even more important than the details of what exactly we pray about.

To put it in human terms, a good father will want what is best for his children. He may also have a good idea of what they need and want, without them having to tell him. However, if he is truly a loving Father, then one of his greatest joys is going to be found in the relationship he shares with his children. A good father wants to provide for his children and give them what they desire and need, but a father who truly loves his children delights in the fact that his children come to him and express their needs to him as their dad. And the children themselves need that relationship with their father even more than whatever they might ask him for. God, as our holy Father, is the perfect and fullest manifestation of this idea. He loves us and desires to have a relationship with us. And we likewise need that relationship with him even more than all of the things we ask him for in prayer. So, in a way, the act of prayer itself is even more important than the details of what exactly we pray about.

To sum up, we should view God not just as the majestic and sovereign Lord (although he is those things), but also as our loving Father who knows our needs and is working to do what is ultimately best for us. We need to understand that our heavenly Father delights in hearing his children come to him to share their needs and desires with him. We should pray to God not as a newscaster trying to give God the latest scoop, or as a lobbyist trying to convince him to do something for us, but as a toddler going to sit on our daddy’s lap to share the deepest desires of our heart. 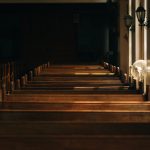