Singing New Songs for the Future of the Church7 min read

Singing new songs is important. The Psalmists repeatedly called for people to “Sing to the LORD a new song.”1 Not only is there precedent for this in Scripture, it’s also one of the many great traditions passed down to us by our ancestors in the faith. Christians and churches have been writing and singing new songs for millennia. I’m of the opinion that every church should be singing new songs, and maybe even writing them if able. I would contend that if churches avoid new songs, it could threaten the future health of the church. Let me explain.

I recently read an article in which the author argued for the use of hymnals in worship. The goal of the author was not merely to make a positive evaluation of hymnals, however. Really, the author wanted to make his opinion clear that churches should only be using hymnals, and that, among other things, they should stop projecting lyrics on screens. I’m not particularly interested in responding point-by-point to that entire article, as others have done, but I do want to comment on one of the arguments he made that stuck out to me. In the midst of his treatise, the author made the claim that using hymnals exclusively actually aids the introduction of new songs to the church by giving them a sense of validity.

Before I continue, let me first say that I love old hymns. As someone who leads the music ministry at a church, I incorporate old hymns in my church’s singing every week. In fact, one of my favorite songs of all time is “Be Thou My Vision,” which is translated from ancient Irish text that scholars date as early as the 6th century and as late as the 11th.2 I also have no vendetta against hymnals. The hymnal is a wonderful tool that has helped churches the world over to worship in song together. Praise God for that!

Even the oldest of hymns was once a new song.

That having been said, I found this argument for using only hymnals to be somewhat perplexing, and I do think that there are some advantages to projecting lyrics. To help you understand why, let me pose the following question: where do you think we got the songs that are currently in our hymnals? They didn’t just fall from the sky. They had to be written and then used by churches. Even the oldest of hymns was once a new song that some church somewhere had to decide to incorporate in their singing.

Now I know that the person who made that argument isn’t in principle opposed to doing new songs. However, he made it quite clear that he wanted to restrict the list of songs used in congregational worship to those found in published hymnals, and this is exactly where the argument falls apart. Songs don’t make it into hymnals by simply existing. They have to be sung. In order for a new song to even be considered for inclusion in a hymnal, it’s likely that it will need to already be in use in multitudes of churches. And yet, if these new songs were not already published in hymnals, many would be quite content to leave them out of the church’s worship entirely. If everyone followed this methodology, we’d never have any new songs! Either that or the only new songs we would ever get would be the ones written by people who are friends of the publishers.

New Songs and the New Testament

This is where I’d like to draw an unlikely parallel between the spread of new worship songs and the formation of the New Testament. If you think that’s a stretch, just hear me out. The reason that we have Bibles today is because early Christians made untold copies of Christian texts and sent them all over the ancient world for use in the worship of local congregations.3 Those copies don’t come to us as whole Bibles, neatly arranged with all the books in the exact order we have them in today. Rather, they come to us in short fragments, groups of letters, and collections of books.

The early church painstakingly evaluated these various writings in order to come to an agreement as to what should be included in the Bible. This procedure wasn’t one of selection as much as it was of recognition. Careful criteria were followed in order to ensure that the books included in the canon of Scripture were ones that were truly inspired by God and authoritative. One such criterion had to do with how widely a given document was used in the worship and preaching of the church. As a general rule, in order to be considered for inclusion in the canon, a book had to enjoy extensive use in the church and be widely acknowledged as authoritative.

In this, I think we see a wonderful analogy to the way that each generation of Christians discovers the new songs that become the “classics” for future generations. New songs are passed from church to church and the ones that leave a lasting impact on the most congregations end up being used all over the world and preserved for years to come. These are the songs from our past that often ended up in hymnals and have stuck around for decades and centuries. This is one of the reasons why I think that projectors are such a great tool for churches to use. Modern technological innovations such as computers and projectors enable new songs to be sent literally across the world and used by churches all over the planet in a matter of days at little to no cost, rapidly accelerating the proliferation of new songs.

Most of the new songs churches are writing and singing won’t stick around for ages to come, but that’s okay! Even the hymnals some of us still have in our churches are an incredibly narrow selection of the many songs that were written in ages past, and I’d be willing to bet that most churches that use hymnals only implement a relatively small portion of the songs available to them. In fact, there are probably thousands upon thousands of worship songs that have been completely lost to the sands of time. But thank God that our ancestors sang those songs and found the gems that have been passed on to us. We wouldn’t have “Be Thou My Vision” if churches hadn’t been willing to sing some new songs that weren’t already in their hymnals.4 But they did, and I’m grateful to God for it.

It’s an exciting time to be involved in the worship of the church. Some of the songs we are writing and singing today will be used by many generations to come, and we get to be a part of finding them.5 To remove yourself from this process by using only songs that are already published in hymnals is to eliminate your voice from finding the new songs that will be passed on to future generations of Christians. Every time you sing a new song with your church, and every time you share a new worship song with a friend, you participate in this great tradition. So, sing new songs! Print them, project them, memorize them; do whatever you must. Do it for the glory of God, and for the future of the church. 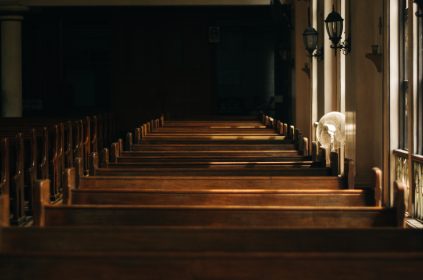 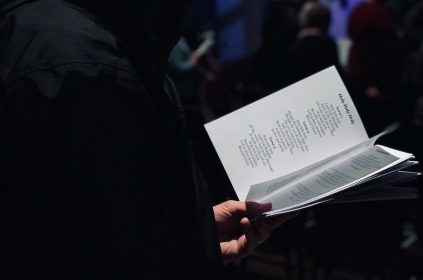 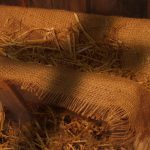 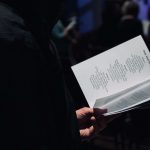